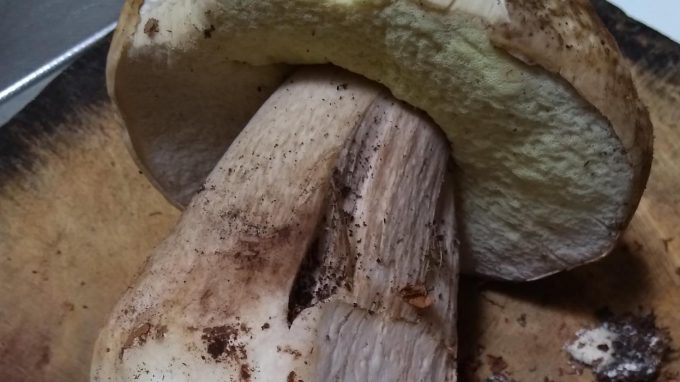 2018 harvest review from across Italia!

Sicilia, Etna – Rori Parasiliti at SRC Vini counts himself lucky to have escaped the recent hailstorm that hit parts of Randazzo. “Uva perfetta”, he says! Flowering occurred without incident; August saw lots of rain, but September has been hot. Still a month to go, with quantity up 30% on 2017.

Puglia, Manduria – Lisa Morella says (in a broad Puglian/Aussie accent!) that they’ve seen everything this year! Warm spring, no extreme heat during the summer, but heat accumulation gave rise to an August CYCLONE! This apparently spiralled round the Southern Med, spitting hail stones at them twice! Whites & Primitivo have fared better than later ripening Malbek & Negroamaro, whose leaves were shattered. Lots of selection required, so 20/30% less crop. But good acidity, & the Negroamaro’s turned out a juicy Rosato, that I sense may be repeated!

Sardegna, Carbonia – Enrico Esu thanks the gods for his old vine Carignano! It’s been a complicated year, the free standing alberello on sand Carignano vines drenched by the same cyclone that hit Puglia, depositing 80mm of rain in August. Now as he kicks off the harvest (on 17th Sept), it’s the old vines that have stood firm & supported the younger crop with good sugar levels. The complete opposite of 2017, he says!

Toscana, Montalcino – Loredana at Scopetone, & Andrea at La Serena, also point to contrasting vintages: being organic, in 2018 they’ve constantly been in the vineyards, keeping ahead of the peronospera; while in 2017, they never went in! The vintage started well with a good flowering, but then it’s rained a lot from May to August. Selection is key, due to much fruit variability. It won’t be a 2015 or 2016, says Loredana, who intends to harvest her Sangiovese for Brunello starting 1st October.

Toscana, Gaiole-in-Chianti – Roberto Stucchi Prinetti at Badia a Coltibuono proudly declares they’ve used 2.5kg/hectare of copper this year, well below the 6kg allowed by ecocert/organic rules. This he says has been particularly important for the soil to breathe & perform in a challenging vintage such as 2018. The vines have been constantly damp, under attack from peronospera, August mild & so leading to a later than normal harvest. The skin is delicate this year.

Abruzzo, Collecorvino – across on the Adriatic east coast, Fabrizio Mazzocchetti at Tenuta del Priore knows it ain’t going to be another 2017, a vintage he looks back & describes as “perfetta!” While flowering was fine, May to July this year saw too much rain! August was “discreto” While September has been bello. So lots of temperature & weather variation. Quantity is up; Pecorino (fortunately!) & Passerina look good so far.

The Marche, Castelli di Jesi – just further north, Riccardo at La Staffa is a happy bunny! “Uva bellissima, sanita perfetta!”Although May & June were challenging due to the rain & heat, & with July fresher & damp, he’s proud to say that being organic has meant having to be on top of the situation: leaving lots of leaves to protect the fruit when the 35degree days hit during August. Working sensitively in the rows, & pressing whole bunch, has meant keeping the pH low & the acidity still up! New ‘Mai Sentito’ Rosso from Lacrima (di Morro) beckons!

Friulia-Venezia Giulia, Colli Orientali – Marco Sara is harvesting under the sun, albeit 10 days earlier than average! July & August saw just enough rain, September has been “splendido” with fresh nights favouring Friulano & Verduzzo in particular. No problem with peronospera in the hills (but he senses it’s harder on the plain). Reds/Schioppettino looks promising too!

Veneto, Fumane – Zeno Zignoli at Monte dei Ragni was hoping for another 2015 or 2016, but instead he reckons that 2018 is looking more like a 2012 or 2014 (which weren’t bad I remind him, if more classic!) July & August had been fine, hot & with enough rain, but it was the 175 mm of rain in 2 hrs early in September that necessitated much fruit thinning. Not that he’s had any problems with rot. Just that the ripeness is not quite as much as he’d hoped!

Veneto, Asolo – further north, Luca Ferraro at Prosecco Asolo’s Bele Casel is thankful for the autochthonous varieties of Bianchetta, Rabbiosa & Manzoni that have suffered less, been riper & given fresh edge to the bloated Glera. Budding started late, but harvest on 3rd Sept was anticipato. With the crop now in, the vintage recalls 2014: good quantity, good health, sugar on the low side, but acidity good. Overall a good complexity.

Piemonte, Langhe – Francesco Versio talks of a slightly unbalanced vintage, & of the need for fresh nights to enable Nebbiolo to ripen fully over the next month…without any more rain! After a cold snowy winter – the deepest since 2010/2011? – May was very wet, then July, August & the first half of September have been relatively hot & quite humid, bringing on bouts of peronospera. The Roero whites (& Tortonian Timorasso) have been picked under sunny skies, but the lighter red grapes (Dolcetto & Barbera) have found the going tough; Nebbiolo looks promising but now for the waiting game as we pray for fresher nights & cooler days…that kicked in on Monday 24 September with the arrival of La Bora (NE cool, fresh, drying) wind!! Growers should now be encouraged to wait & harvest Nebbiolo late!

Alto Adige, Sudtirol – from Italy’s most northern wine region, 520metres high up among the Dolomitic rocks of the Alto Adige region, Thomas Niedermayr & his family wrap up the 2018 harvest that started on 17 August, earlier than 2017 (end Aug.) due to a drier, healthy season. A long cold winter set the scene; spring was beautiful, then early summer was drizzly to June, then July & August were hot & dry. Disease pressure was low & the (mostly white) PIWI grape varieties required only a couple of sulphur treatments & no copper; Weissburgunder/Pinot Bianco saw eleven treatments (copper sulphate) by comparison. The PIWI grapes, & early ripening Solaris in particular, are targeted by wasps & birds, necessitating the use of nets during the final month pre-harvest.